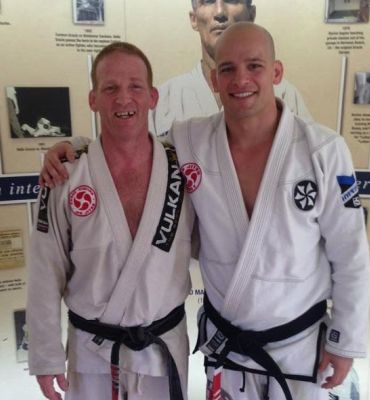 Dartanian Bagby is a 6th degree Black Belt in Jiu-Jitsu. He is one of the "Dirty Dozen", the first 12  non Brazilians in the world to achieve the rank of Black Belt  in Brazilian Jiu Jitsu . He is also a Black Belt in Judo  as well as a collegiate wrestler. Dartanian is the owner and head instructor at Dartanian BJJ and teaches classes several times a week at his academy in North Hollywood Ca

Thanks for contacting us!

We will be in touch shortly.
If you contacted us outside of business hours it might take us a bit longer to respond.
Free one week trial

Congratulations on your decision to try out Jiu-Jitsu! You can come to any scheduled class, just wear appropriate workout gear. See you on the mat!